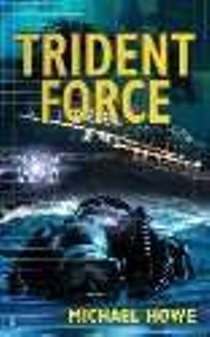 TRIDENT FORCE - - Terror and Death in the Icy Antarctic

Before either victim could react, the driver raised a small-caliber pistol and shot each in the forehead. The pistol made a breathy pop when it was fired, one easily mistaken for the sound of a pneumatic tool being disconnected from the air hose that had provided its power.

Jake Rounding was born with a chip on his shoulder, and for various confused reasons, it had grown much larger over the decades, until now he was thin, white-haired and stooped under the weight of a very heavy block.

The thugs advanced slowly, looking carefully around and behind anything stacked along the walls. Ray held the pistol in both hands and steadied it on the top of a garbage can filled with something that generated a sharp, nauseating stench. The thugs reached the pile in which Ted was mixed, and one angled over to look at it. Ray squeezed off four rapid shots and one thug collapsed onto the slick, grimy pavement. Cursing, the other two split, one moving to take cover on the left and the other moving unwittingly to take cover alongside Ted.

All of those cheerful preconceptions disappeared and Alex’s stomach rocketed several feet up her throat when a horribly powerful and totally unexpected downdraft slammed into the helo, causing her to plummet to within a few feet of the hungry Southern Ocean.

There she dangled. Rising a few feet then falling back. At one point a wave actually kissed her foot. And then she looked ahead and forgot about the presumptuous wave. A hundred feet or less away, the high white side of the ship was racing at her at an impossible speed.

When he’d reached the aftmost boat on the starboard side, he paused a second to gently massage the cell phone. Then, with the closest thing possible to a song in his heart, he started forward again, tripping the gravity davits holding each boat.